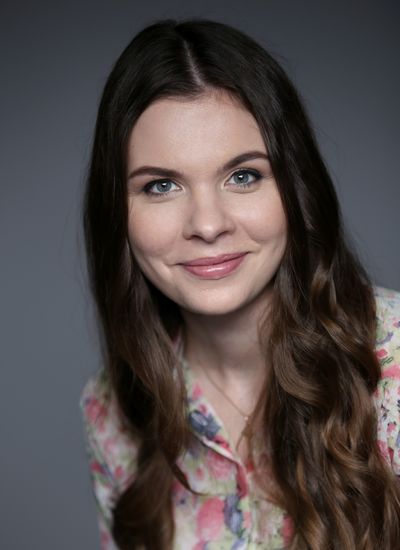 “Yulia Vorontsova held attention with her extreme sensitivity in voicing of chords at all dynamic levels...She is a pianist I'd go quite a long way to hear again.”

“The ferocity of Yulia Vorontsova’s attack, and her intensely disciplined sweetness, could only have emanated from Moscow.”

Her playing may have a distinctively Russian quality, at least for British critics, but that hasn't stopped Yulia Vorontsova from establishing a successful and diverse career in the UK. In 2008, she was one of the few Russian musicians to be accepted for postgraduate study at the Royal College of Music (supported by a full Gill & Jullian Simmonds’ Scholarship). Yulia was soon performing regularly in London, giving recitals at leading venues including Cadogan Hall and the Southbank Centre. In 2009, the Animus Piano Trio, of which Yulia was a member, gave a broadcast performance as part of the famous BBC Proms festival. Today, Yulia gives concerts around the world, both as soloist and chamber musician. She holds a Richard Carne Fellowship at the Royal College of Music.

Yulia began her musical education in 1990, when at the age of five she entered the Gnessin Music School for gifted children (famous in the West for its many distinguished graduates, including Evgeny Kissin). As well as the piano, Yulia also studied the harpsichord with the renowned performer Olga Martynova. In 2003, Yulia graduated with an honours degree and entered the Moscow Tchaikovsky Conservatoire, where she studied in the class of Professor Zinaida Ignatieva, a prize-winner at the 1960 Chopin Competition, among many other distinctions.

In 2008, Yulia completed her conservatoire studies, gaining a diploma with honours in piano. Her concert-giving activities in Moscow continued, but were soon cut short by the arrival of the Royal College of Music to the Conservatory. Yulia won a scholarship to study at graduate school in London with Kevin Kenner and Vanessa Latarche. After completing the course with distinction, she then stayed on at RCM to take the prestigious Artist Diploma course. Yulia's studies and concert activities have been supported by a number of distinguished awards, including the Wall Trust Award and the Worshipful Company of Musicians Prize. Other recent distinctions have included First Prize at Le Concours Musical de France 2010 in Paris and the award of the Kenneth Loveland Gift the same year. This award, named after the influential Welsh music journalist, is made annually to an outstanding young musician.

Solo work is only one part of Yulia's performing schedule. She also makes regular appearances as an accompanist to eminent performers and is a member of several chamber ensembles. In 2009, Yulia played a key role in the formation of the Muse Piano Quintet. The group has gone on to win several honours, including Second Prize at the 18è Concurs Josep Mirabent I Magrans, held in Barcelona in 2010, and the Richard Carne Junior Fellowship at the Royal College of Music.

Since settling in London, Yulia has expanded her repertoire to include works by a number of composers from the British Isles, including Gerald Barry, John McCabe and Timothy Salter. In January 2012, the Muse Quintet gave a performance of the Thomas Adès Piano Quintet in the presence of the composer at the Purcell Room of London's Southbank Centre.

Yulia has given many solo recitals at London venues including St Martin in the Fields, Steinway Hall, St James Piccadilly, St Johns Smith Square, the Royal Academy of Arts and the National Gallery. She also regularly performs at venues in other cities around the UK. Future projects include the release of CDs dedicated to the music of Shostakovich and Schumann. Yulia has recently appeared in a gala concert to celebrate the 10th anniversary of the Kenneth Loveland Gift, where she performed Shostakovich Piano Concerto with the Chamber Orchestra of the Royal Welsh College of Music and Drama conducted by Sir Richard Armstrong. 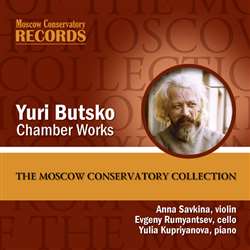