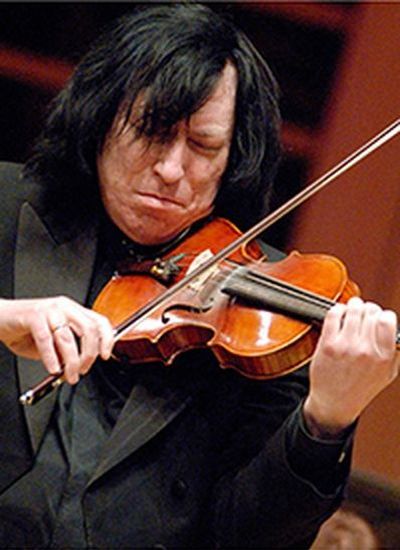 Born to the family of Victor Fedotov, a prominent conductor from St. Petersburg. Received his music education at the St. Petersburg Special Music School and then at the Moscow Conservatory. His violin teachers were professors Boris Sergeyev, Dmitry Tsyganov and Igor Bezrodny. The basic conducting skills were taught by Vladislav Chernushenko at Rimsky-Korsakov St. Petersburg State Conservatory.

Chief Conductor of the Russian Symphony Orchestra (2003–2005). A soloist of the Moscow State Philharmonic Society (1987–2006). Principal Conductor of the Viennese Balls in Moscow, of the Russian Balls in Baden-Baden, and of the First Ball of the City of Moscow in Vienna (2006–2007). Head of the Violin and Viola Department at the Gnessins Music Academy of Russia (2003–2008). Artistic Director and Chief Conductor of the Moscow Сity Symphony Orchestra Russian Philharmonic (2006–2010). Collaborates with the St. Petersburg Performing Arts Center directed by Sergei Roldugin. Permanent soloist of the Zagreb Chamber Orchestra. Artistic Director of the Annual International Chamber Music Festival Musica Maxima in Zagreb (since 2009).

Maxim Fedotov has toured in over fifty countries, reciting at the world most prestigious venues and performing with major orchestras led by outstanding conductors. An important part of his performing and recording activities is a duo with the pianist Galina Petrova, Honored Artist of Russia.

Cooperates with Naxos, Classical Records, DML-Classic, Melodiya and other major recording companies. His numerous concerts and broadcasts have been filmed by HRT, ORT, RAI, RTR, Kultura, Mezzo, Peace and other TV channels.

Maxim Fedotov is the first violinist who gave a recital performing on Nicolò Paganini’s two violins, made by Guarneri del Jesù and J.-B. Vuillaume.