Department of Woodwind Instruments Academic Board 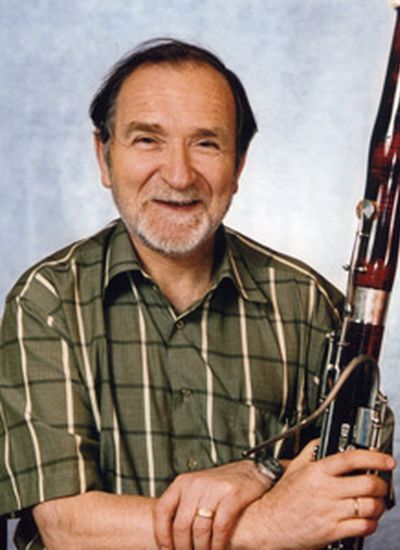 Valery Popov was born in 1937 in the family of a famous trumpeter. Valery Popov followed his father in playing trumpet but in 1957 changed this instrument for bassoon.

In 1959 he was invited to be a member of the Opera Symphony State Radio and Television orchestra. In 1960 after finishing the Musical College (with professor V. Gorbachov) he entered the Moscow conservatory (class of professor R. Terekhin).

In 1962 he was invited to become a soloist of the State Symphony orchestra and a few days later played solo in the Stravinsky’s "The Sacred Spring" in the presence of the author.

In 1963 V. Popov won the first prize at the International competitions in Leningrad and in 1965 in Budapest.

Popov performs as a soloist on the most prestigious scenes, being accompanied by the best orchestras under the guidance of the most famous conductors. His enormous solo repertoire includes music ever written for bassoon of all styles and epochs from baroque to avant-garde.

Many composers writing for bassoon wish to entrust the premiere performance to Valery Popov. Y. Levitin, S. Gubaidulina, L. Knipper, E. Denisov and A. Schnittke dedicated their works to him.

In 1986 V. Popov was awarded the title of the People’s Artist of the Russian Federation.

Starting with 1988 he works in the State Symphony Capella under the guidance of V. Polyansky and also participates in Yu. Kasparov’s Contemporary Music Ensemble.

Since the same time he has been in the teaching staff of the Moscow Conservatory Musical College.

Students of Professor Popov work as soloists in the most prestigious Russian and world orchestras.

Among his students (about 50) one can find members of the leading Russian orchestras, the honored artists of Russia M. Urman, T. Bul-Bul, V. Sazykin as well as T. Zhukovsky, A. Rudometkin, A. Aleinik, M. Bochkov, I. Kozlovsky, J. Kostrykin, M.Shilenkov, A. Popov, G. Matveyenko, A. Snegiryov, N. Zenkin, A. Shamidanov and others.

Another sign of the international recognition of the artist is his membership in the jury of many musical competitions, held in Toulon, Tokio, Munich, Markneukirchen, Rotterdam, Prague, Moscow, Sankt-Peterburg, Astana and many other places. 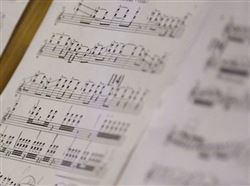