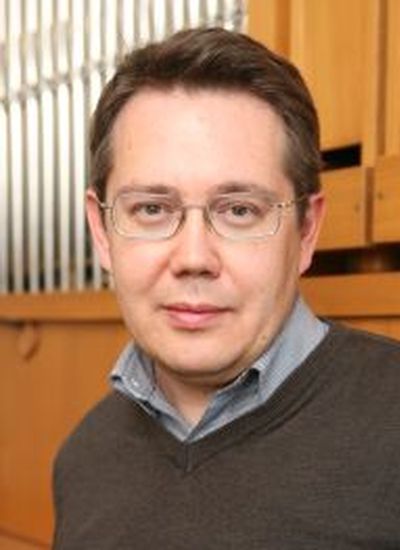 He has also won the Vassili Safonov All-Russian Piano Competition (1997).

He has performed piano concertos with: the State and Philharmonic Symphony and Chamber Orchestras and Ensembles of Soloists of Russia’s Republics of Altai, Chuvashiya, Karelia and Tatarstan, of Russia’s Regions of Arkhangelsk, Belgorod, Chelyabinsk, Irkutsk, Kamchatka, Krasnodar, Krasnoyarsk, Nizhny Novgorod, Novosibirsk, Ryazan, Smolensk, Tomsk, Voronezh, Vyatka, Yaroslavl and Yekaterinburg, as well as of several orchestras of the City of Moscow, of Ukraine’s Kharkov Philharmonic Orchestra, of Spain’s Symphony Orchestra of Valencia, and others.

He has a vast solo piano, concerto and chamber repertoire ranging from Scarlatti and Bach to modern composers. He appears on concert stage as a participant of various chamber music ensembles on a regular basis. He has made some premier performances of new and “forgotten” music in Russia, such as chamber and piano music by Richard Dubugnon, piano quintets by Frank Bridge and Ralph Vaughan Williams (together with the members of “The Moscow Soloists” Chamber Ensemble), as well as music of Croatian composers, etc.

Rustem Kudoyarov’s performances have been broadcasted by the Russian Radio and TV corporations and the Moscow State Conservatoire.

In 2005, he released his solo CD on the Classical Records label with performances of works by Sofia Gubaidulina, Ferenc Liszt, Frédéric Chopin and Richard Dubugnon (the premier recording of Three Dances, op. 20).

He has currently served as a principal soloist on the roster of Russia’s Concert Philharmonic Union.

Since September of 2001, Rustem Kudoyarov has been teaching piano at the Moscow State Conservatoire. He has also been giving master-classes internationally and participating in the juries of several international music competitions.

“Extraordinary talent, with sensational touch, sound and tone colour,  possesses complete control with discreet shades of dynamic effects in a sober and vivid way, never presumptuous, always in accordance with the music, as displayed in Beethoven’s Sonata in D minor 0p.31No.2 as well as The Romances op.28 by Schumann... The Polonaise in E Major by Liszt was a sheer equilibristic show-piece, balanced in a wondrous and subtle leggiero...”

“Impeccable style and the highest sense of virtuosity, capable of winning over any listener... from tiny decorated beads to stunning cascades of chords and octaves just seized one's breath.  Everything was subject to one purpose; addressing higher artistic goals.”

“Rustem Kudoyarov gave pleasure and joy with his art of extrovert performing at London's Wigmore Hall...

Certainly Kudoyarov created a colossal imaginative effect that engaged the listeners...  (He) led the listener into a new musical language with his artistic intuition, ... took the audience into each individual composer's life with fascinating characterization and effortless virtuosity.”

“...In Rustem Kudoyarov we have a young artist of notable achievement, of whom much can be expected.”

“Not only the programme was big, Kudoyarov has a big virtuoso style...”