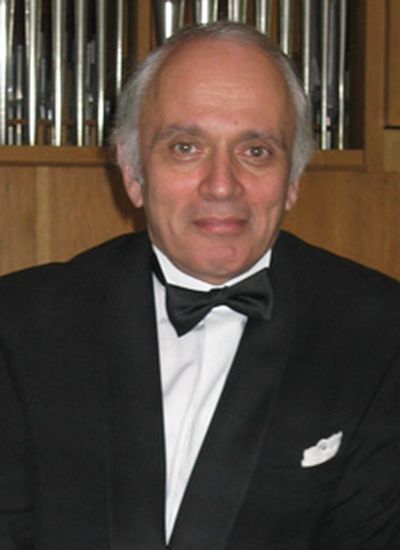 In January 1973, a well-known opera and theatre director, Boris Pokrovsky invites the young conductor Anatoly Levin to work at the Moscow Chamber Musical Theatre that had just been created a short time ago.

During the 33 years of his work at the Moscow Chamber Musical Theatre, Anatoly Levin conducted a great number of opera productions, such as The Nose, The Players, Antiformalistic Little Paradise (Rayok) by Dmitry Shostakovich; The Rake’s Progress, Bayka, Svadebka (Les noces), L’histoire du soldat by Igor Stravinsky; operas by Haydn, Mozart, Bortnyansky, Schnittke, Kholminov, Denisov, etc. Anatoly Levin participated at numerous tours of the Theatre inside the former Soviet Union as well as on renowned stages of Eastern and Western Europe, Latin America and Japan. His conducting was greatly appreciated many times by the musical critics of these countries (performances in the East Berlin Musical Festival in 1976 and 1980, as well as in France, Germany, Netherlands, Switzerland, Italy (La Fenice); Spain, Brighton Musical Festival in the United Kingdom, in Teatro Collon in Buenos-Aires, Opéra-Comique in Paris, etc).

Anatoly Levin’s discography comprises the operas by Bortnynsky, Mozart, Kholminov, Taktakishvili, etc. In 1997, he recorder a CD with a Japanese label DLM Stavinsky’s Rake’s Progress. This work was highly appreciated by the Japanese musical critics. Also in Japan he recorded a DVD with Stravinsky’s Bayka, Kholminov’s Marriage, and The Theatre Director by Mozart.

In 1995, in collaboration with one of the soloists of the Moscow Chamber Musical Theatre, Aleksey Mochalov and the Youth Chamber Orchestra, Levin recorded for the label “Russian Seasons” a CD with the works for bass and chamber orchestra by Shostakovich. This recording received a “Diapason d’Or” award in France and the best rating of the Monde de la Musique.

All his artistic life Anatoly Levin devoted great interest and energy to the work with the young musicians and youth orchestras. He leads the Symphony Orchestra of the Academic College at the Moscow State Tchaikovsky Conservatory since 1991. With this orchestra he regularly performs in the Great Hall of the Moscow Conservatory, as well as other concert stages of Moscow and in Russia, in the Youth Orchestra Festivals in Düsseldorf and Usedom (Germany) and in Belgium. The repertoire of this orchestra counts the works by Haydn, Mozart, Schubert, Beethoven, Brahms, Dvorak, Rossini, Tchaikovski, Moussorgsky, Rimski-Korsakov, Mahler, Sibelius, Gershwin, Rachmaninov, Prokofiev, Shostakovich, Shchedrin, etc.

Since 2003 he is the artistic director and conductor of the Symphony Orchestra of the Moscow State Tchaikovsky Conservatory. Maestro prepared and performed many concert programs with this orchestra, took part in the Prokofiev, Stravinsky and Glinka Festivals as well as in the 250th Mozart’s birth anniversary.

Since 2002 Anatoly is the artistic director and chief conductor of the Youth Symphony Orchestra of the Volga region, CIS and Baltic States. This orchestra has a great concert activity in Russia. Orchestra toured around Russia, took part in the Festival of Vladimir Spivakov’s Foundation and in the International Festival of the Eurochestries in the region of Khanty-Mansiisk. In July 2006 Anatoly Levin as head of this orchestra was invited to participate in another International Festival of the Eurochestries in Charente-Maritime, France.

In July 2007 he coached the joint project of the Moscow State Tchaikovsky Conservatory and Salzburg Mozarteum that involved the stage production of W.A. Mozart’s Cosi fan Tutte, that was performed in Salzburg, Austria.

Since October 2007 Levin is the artistic director and chief conductor of the symphony orchestra of the Moscow State Tchaikovsky Conservatory in charge of professional practice for students – conductors. 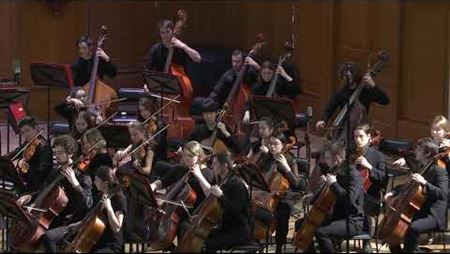 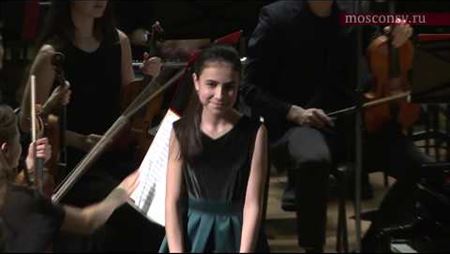 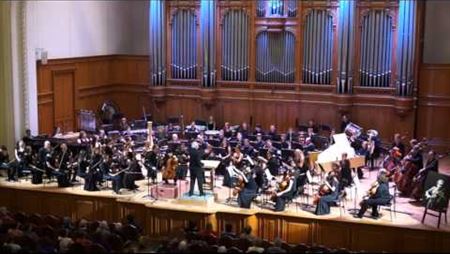 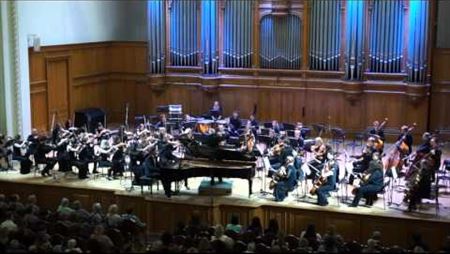 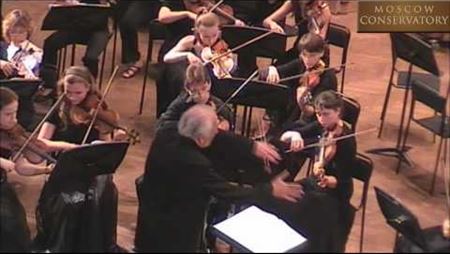 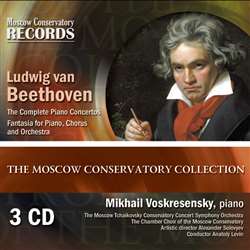