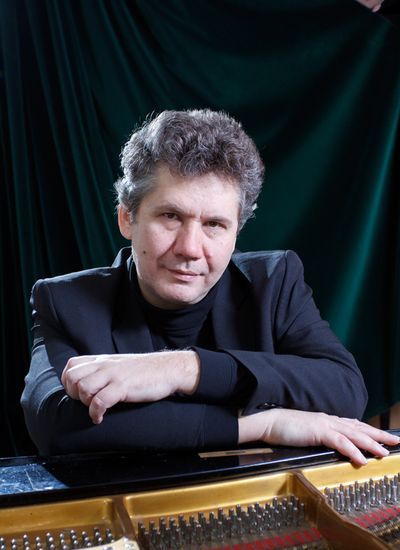 The Belgian newspaper La Semaine d'Anvers wrote of him as a "brilliant pianist" and mentioned his "large and bright sonority" as well as dynamism.

His concerts in USA were highly appraised by the press. "Didenko captured the hearts of the audience when he performed several selections by Sergei Rachmaninov";

– a critic wrote about one of his recitals.

"Immortal works by Schubert, Liszt, and Rachmaninov sounded with an incredible force of conviction, emotional power and brightness under the magic hands of Yuri Didenko, the chairman of the Jury of Dimitrios Vikelas International competition. When the music finds its ideal interpreter, he enchants his listeners, fillings their hearts with beauty, passion, and harmony. Yuri Didenko proved to be this ideal performer".

– a Greek newspaper "Epikaira" wrote about his performance.

Didenko's wide and diverse repertoire includes works of different styles - from Bach to Messiaen and avant-garde music of the twentieth century.

Mr. Didenko is a prizewinner of numerous competitions in Italy, USA, Belgium, his is the winner of the International Concert Artists Competition in Royal Tunbridge Wells (Great Britain). In 2003, Mr. Didenko received the Russian Federation Ministry of Culture Award "For Special Achievements in Culture".

He made numerous recordings on the Russian State Radio.

Mr. Didenko is in demand for master classes in Russia, Poland, Ukraine, Greece, Kazakhstan, UAE, Germany, Malta, Spain, Italy, USA, South Korea, and China. He has also served on piano juries of several international piano competitions (as a member and as a chairman of the jury) in Russia, Poland, USA, Greece, Malta, Kazakhstan, Ukraine, UAE, Turkey, Spain. From 1996 to 2002, Mr. Didenko was an active member and secretary of the Rachmaninov Society of Russia. He is also member of the Presidium of the Scriabin Foundation. In 2014 he was appointed a Vice-president of the International Rachmaninov society (Germany).