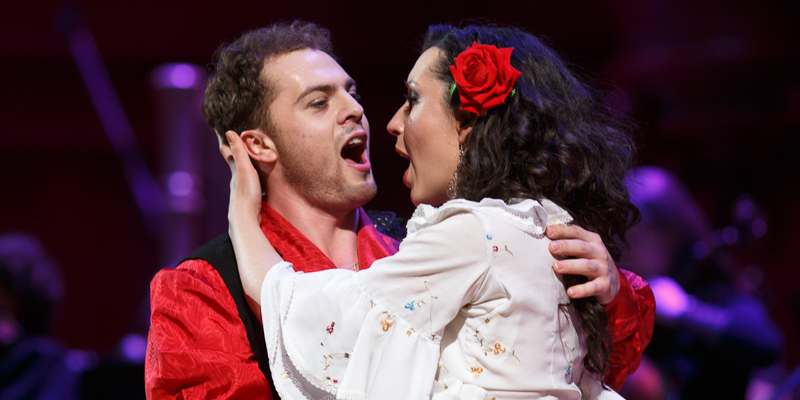 Director of the Opera Theater:

The educational opera theatre has been created in order to encourage professional training of future singers and to produce new musical performances. It has also been disigned to help improvement professional skills of the students through getting them in touch with the best traditions of classical and contemporary Russian and world opera. It is the center of creative interaction and mutual relations between the higher schools of the Russian capital and the opera studios and students’ theatres both in Russia and in near and far abroad.

The Opera Theatre of the Moscow conservatory annually prepares one or two new performances with obligatory participation of the third and fourth year vocal students. It also organizes degree performances with the fifth year undergraduate and postgraduate students.

The Opera theatre gives the opportunity to final year students of the Russian Theatre Academy (RATA) to defend their degree works on its stage as theatrical producers-directors from time to time.

A great many Moscow conservatory graduates actively work not only with the well-known Russian companies like the Bolshoy and Mariinsky theatres, Stanislavsky Musical Theatre, but also appear on the most prestigious world stages like the Vienna Opera, La Scala, Metropolitan Opera, Operá Bastille, the Hamburg Opera and many others.

From the History of the Opera Theatre

Before the official opening of the Opera Studio there was a big previous experience of staging numerous operas at the Moscow Conservatory. That was actually so from the first years of its existence. The productions were important not only for singing actors, operatic directors and Opera studio conductors, but also for composers. The first student’s operatic performance took place on May, 2, 1869 in the Big Hall of the Noble Assembly under direction of N. Rubinstein. It was M. Glinka’s opera A Life for the Tsar.

Eugene Onegin by P. I. Tchaikovsky received its first performance on March 17, 1879 also in the walls of the Moscow conservatory. Later on, it has become a tradition every autumn to open a new Opera studio season with a performance of this opera.

Due to M. Ippolitov-Ivanov, the operatic specialty has been officially added to the Moscow conservatory curriculum in 1893. Not long after he had been elected to the post of the conservatory director in 1906, M. Ippolitov-Ivanov came forth with an idea to form an operatic troupe with the students of the St.-Petersburg and Moscow conservatories. He intended to rent some provincial theatres for the Lenten season, in order to give the students an opportunity to appear on professional stage. However, this project has not been realized.

May, 30, 1933 is the birthday of the Opera studio. Mozart’s Le Nozze di Figaro has been given on that day at the conservatory Great Hall under direction of A. Melik-Pashayev (whose assistants were undergraduates K. Ivanov and I. Nosov; the choral master of the students’ choir was A. Dmitrievsky). The performance was staged by S. Smyshlyaev, the sets and costumes were designed by B. Matrunin.

We must also remember S. Shatsky who contributed a lot to the development of the Opera studio (he was at that time the conservatory director), as well as K. Dorliak and I. Tits. N. Raysky was appointed Studio director. B. Khaikin and A. Stolyarov became conductors, director-supervisor was B. Veprinsky.

The opera studio had served different purposes during the years of its existence. Originally, S. Shatsky and A. Goldenweiser (his assistant) wanted to make it an upper education structure above the conservatory course. The students, graduating from the singing faculty, remained three more years at the Opera studio to improve their operatic skills, without being obliged to study other subjects. Gradually the purposes had changed; the Studio was used primarily by students of the senior years preparing for Graduation examination.

In 1937 the Opera studio was installed in the premises of The Theatrical College named after Schukin (Vakhtangov street, 12?, Moscow).

In the first years of the Great Patriotic War the studio had to interrupt its work. The troupe appeared only several times with performances at military units and hospitals. In August 1944 the Opera studio restarted its work. The artistic director of the studio was K. Dorliak, the main director T. Sharashidze, V. Muravyova was appointed a choral master, A. Orlov became a conductor. It was the anniversary year of the first production of Eugene Onegin. In 1949 the studio was headed by A. Shereshevsky. At that time it has become again an  educational theatre-studio and no more a theatrical opera company affiliated to the conservatory.

From 1960 to 1970 the artistic director of the studio was S. Lemeshev. Those years the first construction designs of a separate building for the Opera studio began to appear (in 1975 the students’ company appeared for the last time on the stage of the Theatre college affiliated to Vakhtangov Theatre). It was originally planned, that the building for the conservatory Opera studio would be built on the crossing of Tverskoy Bulvar and Malaya  Bronnaya street. However, the project had not been realized, and until now the studio doesn’t have own premises, what adversely affects professional activity of the singers-actors, conductors, directors and choral masters. The situation is appalling, although a construction of a new building is stipulated in the reconstruction project of the Moscow conservatory.

Up to 1990’s there were regular international exchanges between the Moscow conservatory and the educational theatres of European and American conservatories. For instance, an opera by M. Mussorgsky The Marriage and A. Dargomyzhsky’s opera The Stone Guest were heard in Bulgaria (the conductor E. Y. Ratser, the director V. Zhdanov). F. Handel’s Xerxes had been staged in Warsaw. In Bloomington (USA) the audiences enjoyed Francesca da Rimini by S. Rachmaninov (the conductor — V. Nikolaev, the director — V. Zhdanov). Also the student’s operatic companies from Europe and America regularly visited the Moscow conservatory.

In the beginning of 1990’s the international contacts of the Studio had become incidental, for many reasons, financial in particular. However, at the moment international communication has begun to revive again. In 1999 the Russian-American festival of contemporary opera was held. The project’s leader was V. Zhdanov (under financial support of The Open Society Institute,  Soros’s fund)).


Director of the Opera Theater 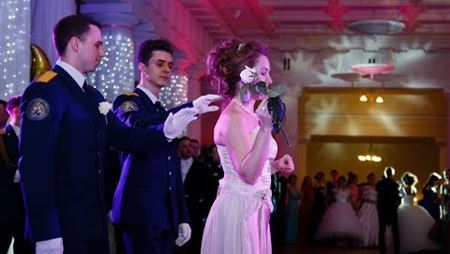 The Sixth Spring Ball of the Moscow Conservatory. Fragments 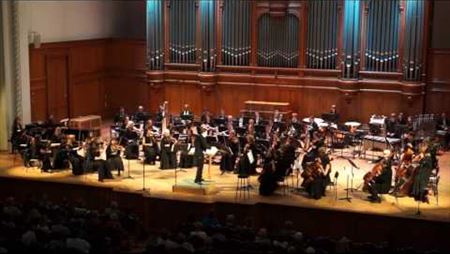 Pastiche to the music of Eduard Artemiev 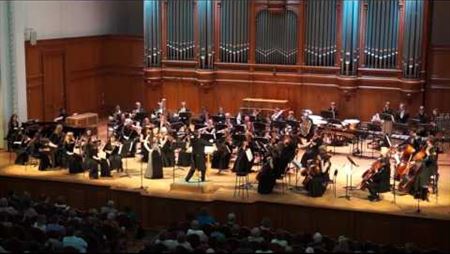 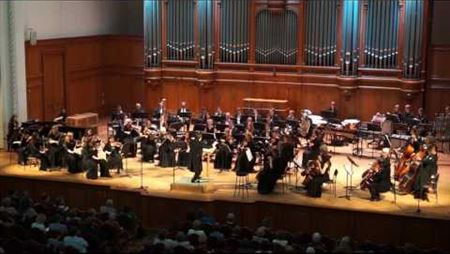 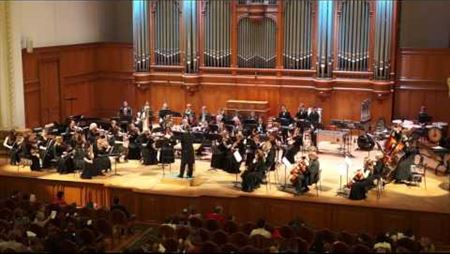 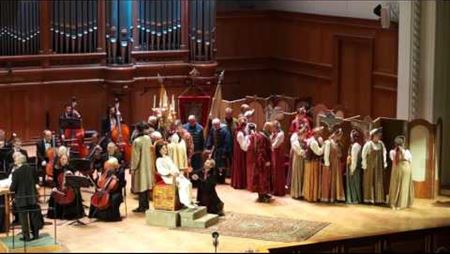