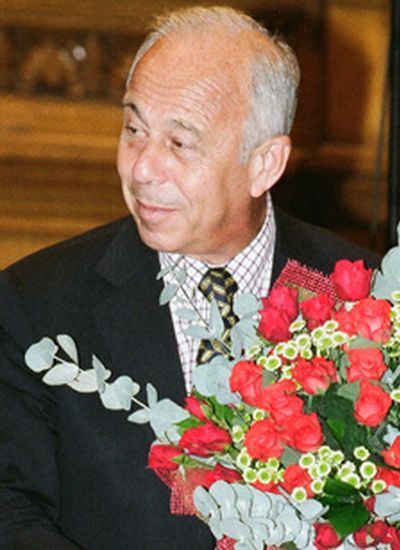 Rector of the Moscow conservatory (2005-2009), head of the Chamber Ensemble and Quartet Department, Professor.  People’s Artist of Russia (2002). Winner of M. Long and J. Thibaud International competition in Paris (1967), laureate of the Hungarian Author’s Rights Agency for promotion of Hungarian composers’ music (1985).

Tigran Alikhanov was born in 1943 in Moscow in the family of an outstanding nuclear physicist. His father Abram Alikhanov (1904-1970) was an academician, the laureate of state premiums, the founder and first director of the Institute of Theoretical and Experimental Physics named after him. His mother Slava Roshal, born in 1916, was a violinist, soloist of the Philharmonic society, laureate of the all-Union competition of musicians-performers, held in 1935. Tigran Alikhanov began his musical training at the piano department of the Central Music School with A. Sumbatian (1950-1961). Then he studied at the Moscow Tchaikovsky Conservatory with professor Lev Oborin (undergraduate training from 1961 to 1966, postgraduate course during the period of 1966-1969).

Teaching:
His graduation from the Conservatory launched both his performing and teaching careers. In 1971 he gained a teaching position at the Chamber ensemble and quartet department where he became an associate professor in 1989 and a full professor in 1992. Since that year he has been the Head of the Chamber ensemble and String quartet department, combining this activity with teaching at the Moscow Conservatory’s Music College.

Alumni:
A number of his students became winners at the Soviet, Russian and international solo and chamber music competitions. Most of them are now well-known musicians not only for their performing skills but also for their teaching. Among them are: J. Aubakirova – Almaty Conservatory Rector D. Weis – Tchaikovsky competition laureate M. Voskresenskaya – a member of the ‘Romantic trio’ A. Knyazev – Tchaikovsky competition laureate A. Shalashov – Principal of the Moscow Philharmonic society. In his class several chamber ensembles were formed, which later became winners at a number of international competitions.

Publications:
Tigran Alikhanov is the author of musicological and methodical works dealing with his teacher’s Lev Oborin artistic legacy. His own artistic activity has been depicted in periodicals like “Soviet Music”, “The Musical Life”, “Soviet Culture” and others.

Discography:
Tigran Alikhanov has recorded several CDs and one LP including pieces by J. S. Bach, F. Liszt, Sonata for piano by A. Berg (first recording in Russia), works by A. Khachaturian. He also made a number of recordings for the Russian Radio Corporation. 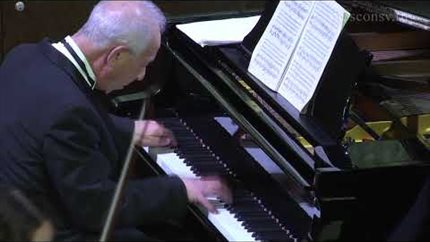 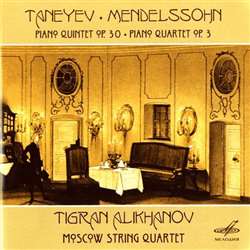 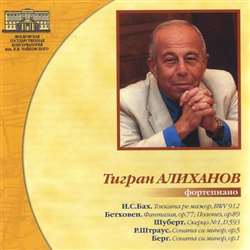