Attention!
Conference dates were changed!
Meetings will be held from 1 to 3 December 2011 at the Moscow Conservatory.
We apologize.
Organizing Committee

Foreign Music History Department, Department of History and Theory of performing art and the Research center for methodology of historical musicology of the Moscow State P. I. Tchaikovsky Conservatory announce scientific conference «The romanticism Heritage in a modern science: Schumann, Chopin, Liszt».

Sessions are planned on 1–3 December 2011. Demands with the formulation of a theme and theses in volume from 4500 to 5000 signs are accepted till October, 1st 2011 to nauka@mosconsv.ru.

Subjects of conference: (all formulations assume illumination of Schumann’s, Chopin’s and Liszt’s creativity and activity) 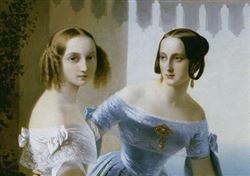