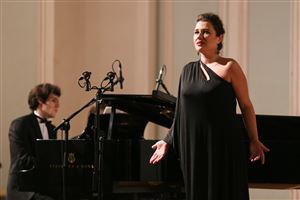 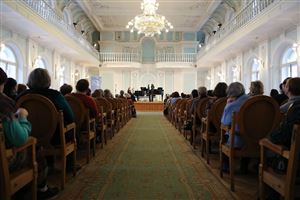 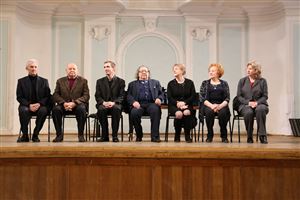 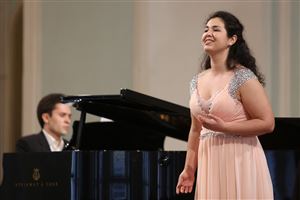 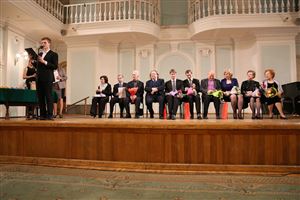 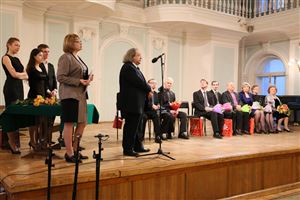 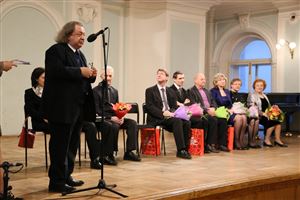 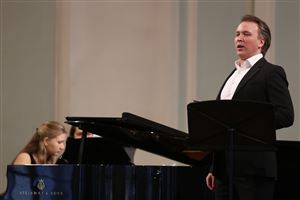 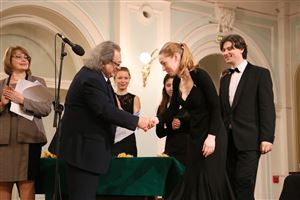 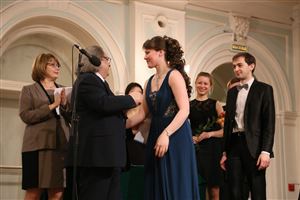 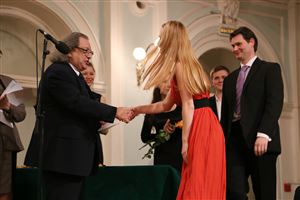 The II international competition for voice and piano duos «Pianovoce»

Dear participants, the drawing of lots will be held on February 15, 2014 at 11am in the Organizing Committee Office (room No. 210 in the Great Hall building).

Closing ceremony and the concert of the laureates — February 19, 2014

The chamber music for voice and piano is the only one acceptable at the First and the Second rounds.

A free program, which must include one or more compositions of:

* Published compositions only are allowed for performance.
For each of 4 compulsory issues the participants can include in the program compositions of either one or more composers. Performance of compositions of other composers is allowed only if the time limits of the program fit the requirements. Arias are not allowed in the I and II Rounds programs.

•    the competition is open to professional musicians of all nationalities born before January 1th, 1996 and after January 1th, 1979 (for vocalists)/January 1th, 1984 (for pianists)
•    the deadline for submitting applications is extended to December 25th, 2013
•    the filled out application form (can be downloaded on Moscow Conservatory web site – http://mosconsv.ru/en/ in .doc format) must be supplemented with the following scanned documents (for each member of duo):
o    a copy of passport or any other ID-card (the pages with photograph and personal signature are required)
o     video recording of the preliminary round program
- as a link to file share services
- in one of the formats: avi, mov, wmv or mp4 of professional DVD-quality and
HD
- the link must lead to one file, available for downloading, with no password and

CAPTCHA
- the link must not contain p2p content
- the link must not be public or from YouTube and similar services
o    a document or diploma confirming contestant's musical education level
o    a certificate from the employer (if employed) or from the educational institution (for students) confirming the employment/studies status
o    curriculum vitae including date and place of birth, educational institution (actual or graduated), years of studies, teachers, previous competitions (year, country, city and award), any other important information
o    one recommendation from the educational institution (high school, college etc.) or two recommendations from renowned musicians
o    one common photo of the duo members – not less than 300 dpi/2Mb by size (neutral background,  artistically performed)
o     a receipt of payment of the entrance fee
o    a permission for processing the applicant’s personal data (a scanned document written in a free mode with personal signature required)
•    all these documents and photos should be sent by e-mail to art-department@mail.ru
•    not later than December 25th, 2013 all the contestants allowed to the II Round of the Competition will be officially informed about the admission to the Competition and the required date of arrival
•    no changes to submitted program are allowed
•    entrance fee, non-refundable under any circumstances, is
- 3000 RUR
for duos from Russia and CIS-members countries
- 100 USD
or
- 80 EUR
for duos from abroad

The entrance fee must be paid not later than December 25th, 2013 to:

The Jury has right:

All the money prizes are paid in Russian rubles and are subject of taxation accordingly to the tax laws of the Russian Federation.

Additional prizes may be awarded with the approval of the Organizing Committee to the participants of the public rounds by governmental, non-governmental or commercial organizations, foundations, artistic unions, mass media and private individuals.