The chamber choir of Moscow conservatory 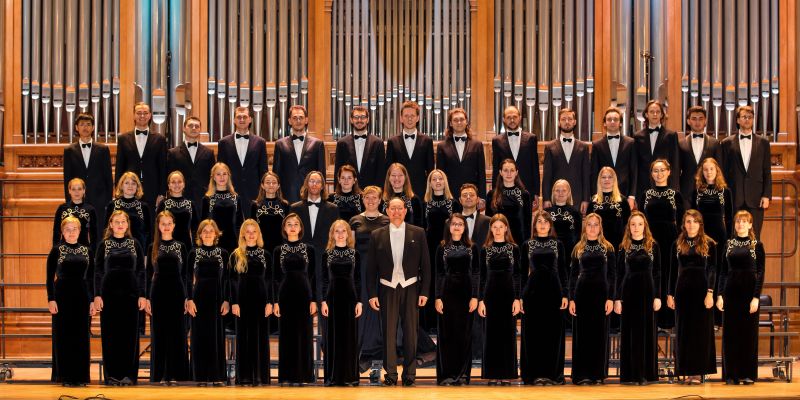 The Chamber Choir of Moscow Conservatory was organized upon initiative of Prof. Alexander Sokolov, D.A., Rector of Tchaikovsky Moscow State Conservatory, in December of 1994. Its founder was Prof. Boris Tevlin (1931–2012), People’s Artist of Russia, an outstanding choral conductor of today, who was continuously heading and leading the choir until his last days.

The choir has been on concert tours in Austria, China, France, Germany, Italy, Japan, Poland, Russia, Switzerland, the Ukraine, and the USA. In addition, the choir participated in such events as: “The Gidon Kremer Festival in Lockenhaus” (Austria, 1995); “Sofia Gubaidulina in Zurich” (1996); “Fabbrica del canto” and “In Memory of Alfred Schnittke” (1998), “Rodion Shchedrin’s Self-portrait”, The Sixth World Choral Forum in Minneapolis and The Ninth International Music Festival in Usedom (Germany, 2002); “Deuxième Biennale d’art vocal” (2005); “Mittelfest” (2007); The First International Choral Festival in Beijing and “Tchaikovsky’s Music in London” (2008); “Voices of Orthodoxy in Italy” (2009); as well as in Valery Gergiev’s Easter Festivals (the 2000s), in “Svyatoslav Richter’s December Evenings” (2011), in the Festivals of Russian Culture in Japan (2006, 2008, 2012), in the Festival “Moscow Autumn” (1996–2012), and in various other events.

The choir participated in concert performances of such operas as: Orfeo ed Euridice by Gluck, Don Giovanni by Mozart, and La Cenerentola by Rossini, all three conducted by Teodor Currentzis; Aleko and Francesca da Rimini by Rachmaninoff, May Night by Rimsky-Korsakov, and Die Zauberflöte by Mozart, all three conducted by Mikhail Pletnyov; Styx by Giya Kancheli, conducted by Valery Gergiev, Jansug Kakhidze, Vladimir Pon’kin, and Alexander Sladkovsky; as well as in a concert performance of Incidental Music on Ibsen’s Drama Peer Gynt by Grieg, conducted by Vladimir Fedoseyev.

The choir has recorded various pieces of both classical and contemporary repertoire, written by Russian and foreign composers, on CDs and/or DVDs, including such themed programs as “English Choral Music,” “Favorite Songs of the Great Patriotic War,” “Masterpieces of Foreign Music,” “Pieces by American Composers,” “Russian Sacred Music,” “The Composers of Moscow Conservatory” and others.

The recording of Rodion Shchedrin’s choral opera “Boyarina Morozova,” made by the Chamber Choir of Moscow Conservatory under the direction of Boris Tevlin in 2008, received a prestigious award Echo Klassik in the category “The Best Opera Performance of the Year” (the nomination “The 20th–21st-century Opera”). A festival dedicated to the 15th anniversary of the choir was held in 2010.

Since August of 2012, Artistic Director of the Chamber Choir of Moscow Conservatory has been Alexander Solovyev, an assistant professor of the Contemporary Choral Performance Department of Tchaikovsky Moscow State Conservatory, an international competition laureate and Prof. Boris Tevlin’s closest associate.

During a time period from September till December of 2012, the choir frequently performed recitals in both the Great and Rachmaninoff Halls of Moscow Conservatory. Its programs contained both Russian choral classical pieces and arrangements of folk songs, including, among others: Three Russian Songs by Rachmaninoff, conducted by Gennady Rozhdestvensky; Requiem by Verdi, conducted by Gennady Dmitryak; Requiem by Mozart, conducted by Vladimir Yurovsky and Lev Kontorovich. Under the direction of Asst. Prof. Alexander Solovyev, the choir participated in the Festival of Russian Culture in Japan, in the Program “Voices of Orthodoxy in Moldova,” in the International Festival “Moscow Autumn,” in the Youth Festival of Choral, Chamber and Symphonic Music in St. Petersburg, as well as in the festival dedicated to Rodion Shchedrin’s eightieth anniversary. 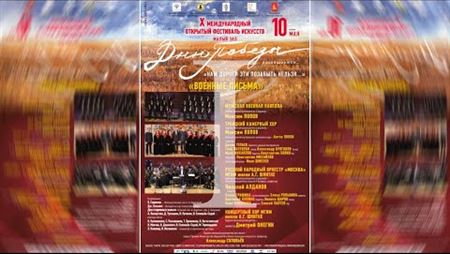 Letters from the Front. Part One of the Concert as Part of the Festival Dedicated to the Victory Day 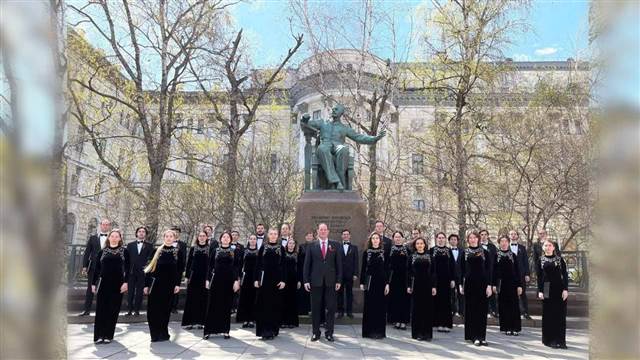 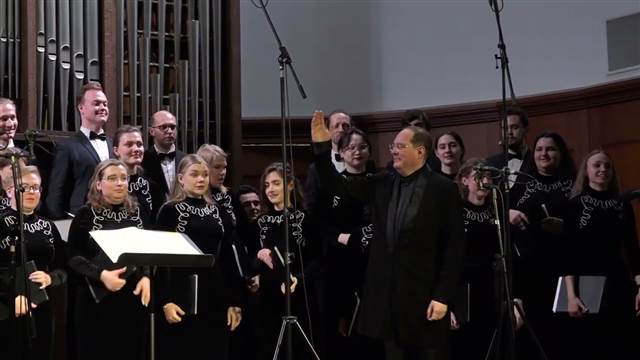 Rodion Shchedrin. From the cycle Four Choruses on the Verses of Andrei Voznesensky 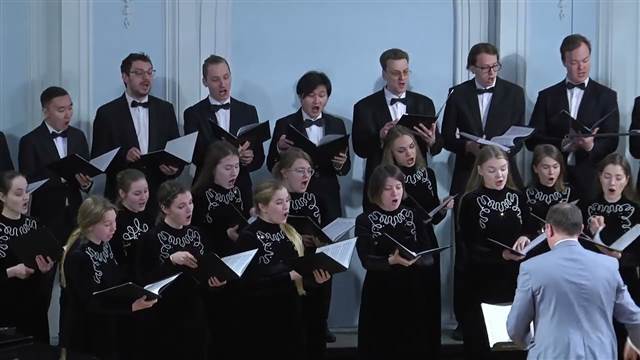 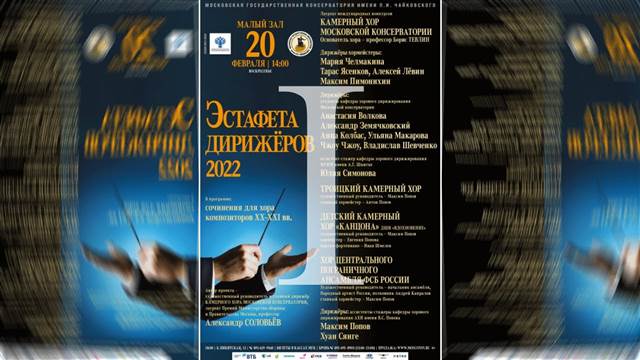 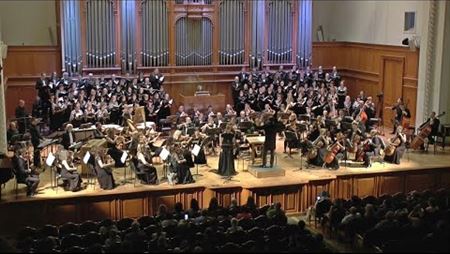