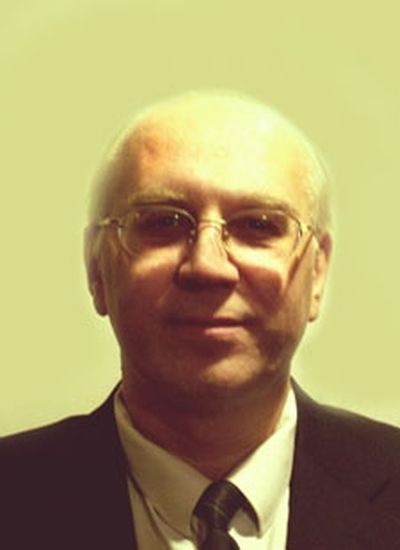 Born in Blagoveshchensk (Russia’s Far East). Graduated from Russia’s Gnessins State Institute of Music Teaching (Yulia Yevdokimova’s class, 1983). Finished post-graduate studies at the same Institute (supervised by Yuri Kholopov, 1988). Defended his Ph.D. thesis “On the Question of Modal Harmony in the Music of Early Renaissance” at Tchaikovsky Moscow State Conservatory (1988). Fellow of the Alexander von Humboldt Foundation at the Bavarian Academy of Sciences (supervised by Michael Bernhard, 1990–92), where actively participated in the project Lexicon Musicum Latinum. Teaches history of musical notation and foreign music history, as well as his own course Latin Seminar for Musicologists, at the Moscow Conservatory Division for Musicologists’ Interdisciplinary Studies since 1992; Associate Professor since 1997. Senior Research Scholar at the Center of Methodological Studies in Historical Musicology since 2010. Member of the Editorial Board of the magazine The Moscow Conservatory Scholarly Bulletin.

The main scholarly interests include the history of harmony, as well as music theory of the Antiquity and Middle Ages. Translated medieval and Renaissance poetry from Latin and other early European languages into Russian. Passed a training program at the University of Vienna (supervised by Walter Pass, 1998). Guest professor at the University of Vienna: taught the courses on Russian Music and on Medieval Music Studies (1999). Supervised the Russian Branch of the International Scholarly Research Project Thesaurus Musicarum Latinarum in Bloomington (the USA). Participated in numerous international musicological conferences, including: EUROMAC (presentation “Foundations of Harmony. Current Research of Ancient and Medieval Music Theory in Russia” in Löwen, Belgium, 2014); Annual Meeting of the Society for Music Theory (presentation “Interrelation of Modality and Tonality in Powers’s and Kholopov’s Theoretical Concepts” in Saint-Louis, the USA, 2015); and others.

Expert in digital databases. Specificator of an audio-recording description procedure on the computer. One of Russia’s leading experts in the computer technology of music scoring and Optical Music Recognition. Created and has been maintaining the following webpages: