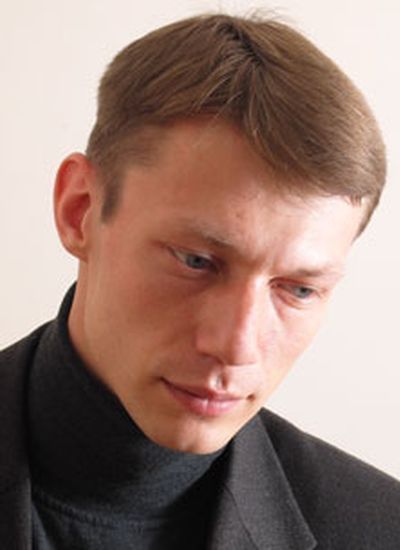 Konstantin Maslyuk graduated from the Tchaikovsky Moscow Conservatoire with an Honours Degree as a pianist and conductor. He studied with professors Tatiana Nikolaeva, Mikhail Voskresensky, Leonid Nikolaev and Gennady Rozhdestvensky.  During his studies at the Conservatoire he also perfected his skills as an accompanist and chamber musician under the supervision of professors Mikhail Nikeshichev and Dmitry Galynin.

When he was still a student at the Central Music School of Russia he began performing regularly as a solo pianist, as a member of chamber ensembles, and performing with a symphony orchestra. He has toured all over Russia and has given concerts in Belarus, Italy, Germany, Austria, France, Poland, Slovenia, and Serbia.

As of 2001 Konstantin Maslyuk has been teaching the piano at the Moscow Prokofiev Music School, and as of 2003 he has been teaching chamber music at the Tchaikovsky Moscow Conservatoire. He has led master-classes in many Russian cities and abroad.

In 2003 he had his debut as a conductor, and as of 2005 he has been the Main Conductor of the Vyatka Chamber Orchestra in the city of Kirov. The orchestra performs a wide repertoire of music in different styles. Many of the works had been their premiere in Kirov under Maslyuk's baton. Many famous musicians have played as soloists with the Vyatka Chamber Orchestra such as Mikhail Voskresensky, Pavel Nersessyan, Tigran Alikhanov, Nikita Borisoglebsky and Aleksey Kozlov.

In August 2006 Konstantin Maslyuk conducted the “Moscovia” Chamber Orchestra in the final concert of the annual Russian Art Festival in Cannes, with the program dedicated to the music of Dmitry Shostakovich.

In 2009-2010 Konstantin Maslyuk took part in a project by Mikhail Voskresensky, who performed and recorded all the Mozart piano concertos. Konstantin Maslyuk conducted the Chamber Orchestra of the Slobodkin Arts & Concert Center at the recording of the  concertos № 2, 3, 4, 6, 8, 15, 22, 25, 26, as well as the concertos for two and three pianos. The project is unique in Soviet and Russian history.