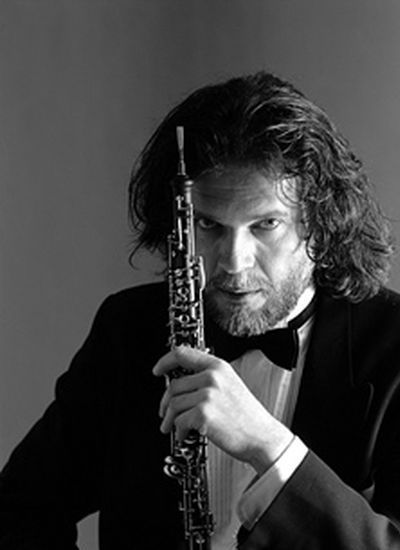 Utkin was born in Moscow in the musicians’ family. His father — Y. F. Utkin, was a violin player; his brother — М. Y. Utkin was a cello player.

In 1962 he entered Central Music School (College) of Moscow Tchaikovsky State Conservatory, piano department. In 1967 he changed to class of oboe under G.P. Kerentsev. In the period from 1975 to 1980 Utkin was a student of the Moscow Conservatory (class of Professor А. V. Petrov), and in 1983 he graduated from the Post Graduate Course under А. V. Petrov.

The musician is teaching at the Moscow Conservatory since 1986. At 1998 he has become Associated Professor and in 2007 Professor in conservatory.

Since 1994 Utkin is teaching at the Academic Music College in Association with Moscow Tchaikovsky Conservatory, and since 2000 he combines his work at the college with teaching at the Gnesins Moscow music school.

Since 2000 Utkin is an artistic director of his chamber orchestra “Hermitage”. The repertoire of the orchestra comprises mostly old music of the 17th – 18th centuries, but also includes compositions of the 19th – 20th centuries (for example, “Twenty-four Preludes” by D. Schostakowitch in arrangement for the chamber orchestra).