Love, Loss and Lament, is a multi-faceted programme of Italian madrigals from the 16th and 17th centuries, exploring the whole range of emotions that composers and poets summoned up in their works. Landi's pure, classical style and the vivid narratives of Francesco Eredi in his settings of Torquato Tasso; the anguished, drawn-out dissonances of Pallavicino and the fevered chromaticism of Monteverdi's later madrigals: all of these combine to create a dazzling evening of Italian passion and emotion.

Basiliensis is an international ensemble specialising in Renaissance and early Baroque music. Founded in 2010 by alumni of the Schola Cantorum in Basel, Switzerland, it draws on research and editing carried out by its own members and works closely from original source material, often using facsimiles of 16th- and 17th-century musical publications in its performances. Basiliensis prides itself on exploring the less-visited areas of the madrigal repertoire, and aims to free its performances from the strictures of modern musical conventions and practices by remaining sensitive to historical and musicological issues of voicing, temperament and instrumentation. The members of Basiliensis are all experienced musicians with thriving international careers, whose performances have included appearances the BBC Proms, the Festival d’Aix-en-Provence and the Lufthansa Festival of Baroque Music; they perform regularly with ensembles including Ars Nova Copenhagen, the National Chamber Choir of Ireland and the BBC Singers. 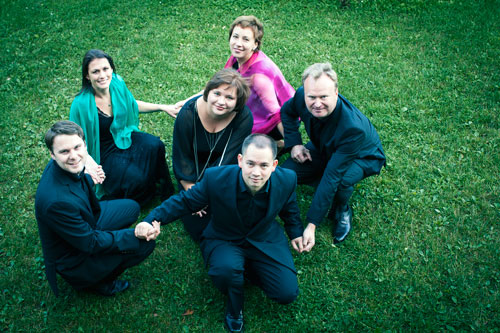